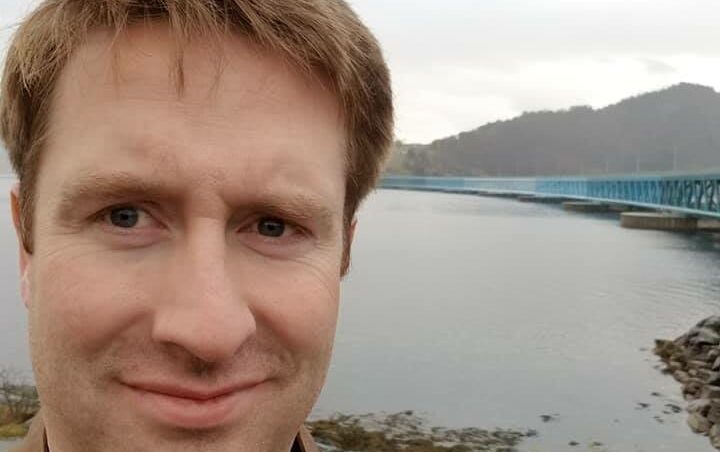 Hello and welcome to The Bridge Guy, a blog about all things bridge and structures related. My name is Nick Rodda and I will be your guide as we explore some of the more fascinating aspects of bridge and structural engineering around the world.

I graduated in 2006 from the University of Washington in Seattle with a Bachelor of Science in Civil Engineering, with an emphasis on structures. I started my career in bridge engineering in 2005 as an intern with the Floating Bridge and Special Structures unit of the Washington State Department of Transportation (WSDOT) Bridge and Structures Office.

I eventually joined WSDOT full time in July 2006 as a Bridge Engineer, working on a wide variety of bridge design projects which included a year long rotation in bridge condition inspection in 2008.

In 2012, I moved into Mega Projects and was co-located in Seattle with the Alaskan Way Viaduct Replacement Program. Working with consultants such as Soldata and Exeltech, we worked on monitoring over 180 buildings in Seattle that were along the proposed SR 99 Deep Bore Tunnel alignment.

In 2014, I moved briefly into construction as an Assistant Project Engineer largely responsible for oversight of the fire and life safety upgrades on the Mount Baker and Mercer Island Lid tunnels on I-90 in Seattle.

In 2015, I left WSDOT for a bridge engineer position with HDR, Inc. Located in the Olympia office, I was fortunate enough to work on cable stayed, segmental and splice girder projects across the United States. While there, I designed the splice girder superstructure for the Rockingham bridges for the Vermont Department of Transportation.

In 2018, I returned to WSDOT as the Floating Bridge and Special Structures unit manager, largely responsible for design projects involving the state’s four floating bridges, movable bridges and other special structures. Upcoming projects include the replacement of the west half superstructure of the Hood Canal bridge and the replacement of the Heron Street swing bridge in Aberdeen.

Besides bridges, I enjoy playing golf, working on my growing collection of cars and motorcycles as well as traveling.

In my current position, I have been fortunate enough to travel to Norway and Australia to give presentations on floating bridges. I have been to the United Kingdom five times, as well as to Spain, France and Italy. I also love the Caribbean – St. Martin, St. Thomas and the Turks and Caicos Islands.